What is your social media strategy for 2017 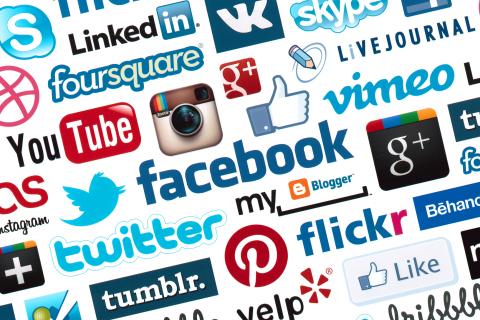 What is your social media strategy for 2017, that will give your company the required and expected returns all wishes. The 2013 and 2014 has been tagged as the year of social networking! And 2015, 2016 saw a huge change in the perception, use and implementation of social strategies. This is the reason apps like hootsuite and others generated tons of clients. With multiple social networking platforms coming into the picture, choices have multiplied for the companies. However, simultaneously, it has become a challenge for the enterprises to exactly know which social platform to commit time and resources on.

Nearing the end of 2013, industry experts feel each enterprise should be well-planned with their social marketing strategy for the next year. Considering the dominant role that social media has gained in business promotions, it is important to anticipate where social networking is going; the oncoming social media trends and most importantly – how we can get on board.

A consistent trend in social media has been the sharing of images and videos. And according to the experts’ opinion, visual content has created a better viral impact than mere text-based content. In similar lines to this trend, businesses are likely to become more attentive about the type of videos and photos they share on these platforms. As the sharability factor of visual content rises, image-based social media sites such as Pinterest, Slideshare, Path and Tumblr are estimated to grow in the coming months.

The launch of the Influencers program has positioned LinkedIn as not ‘one of the’ but ‘the best’ social platform for professionals. With more than 238 million users, LinkedIn has already proved its caliber for professional content creation. LinkedIn is especially the perfect platform for B2B businesses that are on the constant hunt for CEOs and CIOs.

Although Facebook is leading the pack with 1.15 billion monthly users, Google+ is quickly gaining the momentum. Boasting of second highest number of monthly users (343 million), it will be interesting to see how and when Google+ overrides the success of Facebook.

The main reason behind the mounting popularity of Google+ is the liberty it provides to collect personal information. In fact, according to the SEO experts, Google+ will very soon become an integral part of the overall SEO scheme. Its personalized search experience and social signals prevents it from being just another social network. Businesses that have a weak social media strategy are more likely to turn to Google+.

Micro video has come to the rescue of those who always grumble while writing 140 characters or taking 3 minute long videos. Thanks to Instagram’s video sharing feature and Twitter’s Vine that 3-15 second videos has become possible! Now online addicts are more likely to create and share real-time video from their smartphones.

MySpace – to come back into action

Now this one is a bit contradictory. Early 2013 has seen MySpace undergoing a re-branding. As a result – a section of experts have hinted at a second successful stint of MySpace. Now whether it actually gets its second wind or continues to decline as earlier is a question of doubt. However, considering the radical makeover that it has undergone (introduction of an iPhone app that offers users multiple facilities), it is highly anticipated that MySpace will return on track in 2014.

At present, Facebook and Twitter continue to be the golden children of social media marketing. But then the question is for how long? Other social platforms are fast coming up with better advertising and communicating opportunities. Hence, which up-and-coming social media sites grab the market share will be exciting to observe.

With social media showing no signs of decline, it is advisable for companies to use it not just for marketing, but for sales and customer-support too. This is precisely why that you can see many enterprises integrating free cloud CRM solution in their business process. The aim is to transform into a social enterprise by creating a unified social platform for employees, partners and customers to share and collaborate.

How Effective is the Challenger Sales Model in Leading Customer Conversations?

What’s The Difference Between Lead, Prospect And Sales Opportunity